Skip to content
Being in Istanbul was exciting. You hear of its culture, its food and its historical sights. You hear that Istanbul,Turkey straddles between Asia and Europe. You hear the locals talking about their city being on the Asia side or the Europe side- it sounded so excited. We were very blessed to come to see it for ourselves!
Anyways- we had a 5 day city break in this wonderful city. The weather was very good to us. No rain until a few hours before we were heading back to the airport to come back home.

We flew with Turkish airlines. The tour of delightful food started there basically. I must say the way the food is cooked is so delicious – from their kofte and kebabs to their turkish delights and baklava!

Look at how delicious the sweets were. We had one pretty much every day. i am told it is characteristic of the cuisines of the former Ottoman Empire. Check it further information on this sweet and its origins here.Transport links in this city was on par with any great city. We travelled on the trams which covered most of the main centre and allowed us to cross to the other side of Istanbul Europe- the modern side of the city. We bought this Istanbulkart which allowed us to travel on any forms of transport on this prepaid travel card. It is similar to London’s Oyster card. They had this amazing car which took us up and down the hill – you can see the big circular motion belt working hard to pull the car in the photo to the side. It is called a funicular. Many were awaiting this as it takes you up the steep hill from Kabataş to Taksim in only 150 seconds. For more details on transport, check out this link 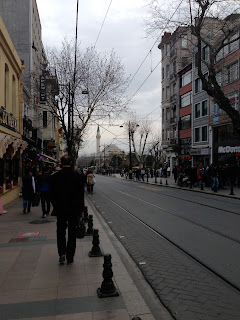 Check out their webiste: http://www.recitalhotel.com 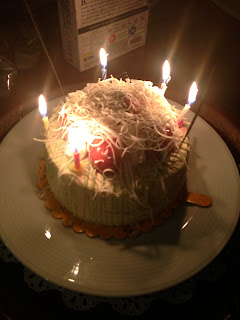 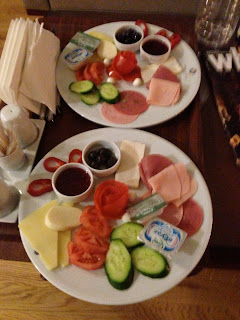 The service was outstanding and they were so sweet to us. They took care in making sure our requirements were satisfied. I had planned a birthday surprise and not only they did deliver to our room without further charges, they bought an amazing cake from the local patisserie. Their breakfasts were standard and so if you wanted to taste local breakfast you would have to leave the hotel and go to a local cafe but the rooms were good size and i could not fault them!

The sights were amazing. The weather was very good and so the shots from my DSLR were great. 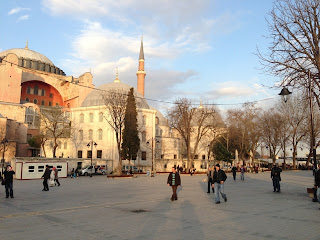 By the Blue Mosque in Sultanahmet 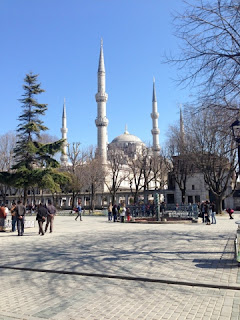 Another angle of the Blue Mosque
If you head out of the Sutanahmet area and head north east, you will get to Eminonu  – the harbour where you cross over to the modern part of the city. This harbour was full of buzz. There were scheduled boats taking locals to and from the different harbours. There were tourist boats offering you trip on the Bosphorus – this is that water channel between the Europe and Asia of Istanbul- i will talk about that later on in this blog. There were also these shops underneath the bridge offering more shops for tourists and local and also cafes and restaurants. There was a mix of food and salty sea water. In March, i  guess that was bearable. Don’t really feel like smelling that on a summers afternoon! One smell that captured the whole harbour was the boats moored up selling fish sandwiches. The fish was so fresh, it only needed a quick sizzle on the stove and some lemon juice and it was ready for serving!

We travelled further north to an area called Eyup to visit their mosque and also take a ride in the cable car to see the views of Istanbul. Again our helpful hotel advised us to take the tram to Eminonu and the 99 bus to Eyup. Being the only tourist on the bus, the local people of Istanbul were very helpful and wanted to make sure we departed at the right stop. It was a very nice feeling.

I was introduced to the local Turkish coffee like espresso but not as strong. It was yummy and kept us fuelled for our walks and our travels!

We made our way to the modern side of Istanbul and though there were some modern part of it, it still maintained its traditional streets and historical buildings. We went to the Galata Tower and views there from the site were amazing. 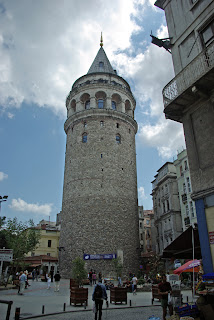 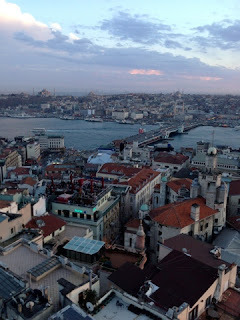 Views from the Galata Tower
From there, you were free to travel to Taksim to go shopping and walk into the galleries that were open. Istanbul have spent the last 3-5 years making itself a cultural capital and it definitely has. It has mixed splendour of the ottoman and turkish culture with the modern requirements of society -like transportation.

We went to see Mevlevi Sema Ceremony which was a religious ceremony where 5-7 men whirls and dances for an hour- spinning round and round. It was amazing to see. We went to see them at the Hodjapasha Dance centre- click this link for more details. It was a ceremony and not a show and so when advised not to clap, it made the feeling around the room a lot more serious. 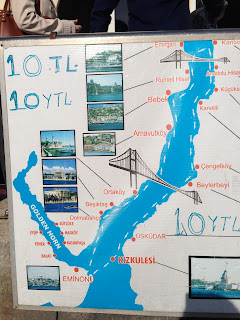 Our tour map 🙂
One of our 5 days there, we took the Bosphorus tour up the river and the weather was spectacular and so it was good to see all the landmarks.
The sights were great. I took so many shots on this tour but this following photo was the best. If you just looked at the photo, you would never have guessed that this as Turkey- doesn’t it remind you of the bridge in San Francisco! 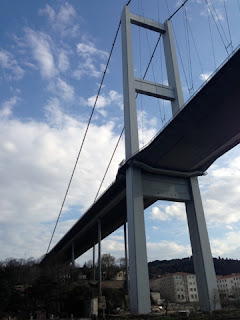 There were so many interesting sights there. There were lots of buildings being restored and modernised. It is an ever changing city. It was also illustrated on many banners that Istanbul is bidding for the Olympic in 2020. I really hope that they host it. I would love to come back again then. 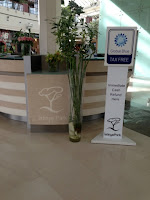 We didn’t spend too much time shopping. There were definitely lots of areas of the city you can go to. We spend a couple of hours in Taksim where there was a long street of shops. They had all the international and local main brands. There are other areas where shopping is very popular. In the Asia side of Istanbul, there is Bagdat Caddesi. Further out there are shopping malls that are about 30 mins from the city. Istinye Park was a really nice mall- it was about 30 mins north of the main city. We took a tram, train and shuttle over there. It was so convenient- there was a mixture of local and international high street store, and there were top branded stores like Gucci, and Louis Vuitton.After a few busy days sightseeing and shopping, it was time to wind down. We went to a Hammam- a ottoman ritual of paradise where you are washed, scrubbed and massaged into tranquility. We went to the Ayasofia Hammam- here. Below are just photos of the hammam. 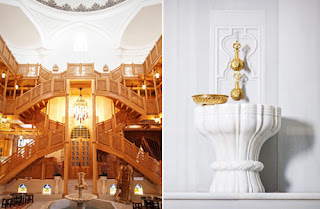