I have been juicing for a couple of years but more consistently over the last two years. And I love it!!

Two years ago, I bought this masticating juicer Omega Vert when I looked into getting a new juicer. My previous one was getting old and I was finding the pulp was not dry and I was thinking that the machine was churning the items too quickly and not allowing time for the juice to be extracted. I started to do some research and came upon John Kohler from Discount Juicers. And his videos and discussions were key to my ultimate decision of getting the Omega Vert. This juicer has a very slow speed setting- basically allowing for the juices to be completely extracted from the fruits and vegetables.
I am completely converted! Just managed to convince my mum of it too. I got her the Optimum 400 from Froothie UK. The parts are exactly the same- it wouldn’t surprise me if the designer patented it and now selling it to every juicing company in the world.
Anyways- I digress. So I was told of this documentary called Fat, Sick and nearly Dead. Quite a strong title would you say? And yes this is related to juicing hence my preamble above.
It takes us on a journey of an Australian man who travels around USA and is determined to improve his health through juicing. He started off as a rather large man.

He had a few illnesses which was maintained by medication. He was determined to get well so he could stop taking these pills and how? Through juicing.

And we watch him at the beginning juicing day in day out, and taking no solid food. You see him influencing other people along the way through his determination and results. Within 3 months, you see the change. It was mind blowing. He now looks like this: 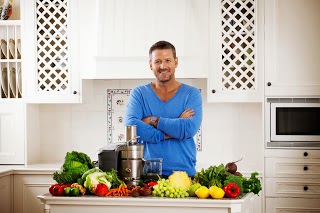 What was more astonishing and really amazing was when Joe introduces a man he meets on his travels in the USA who was a truck driver who was huge in size. He was not initially sold on Joe’s story and so it was until Joe was back in Australia, did he contact Joe and ask for help as he was in need to fix his weight issue.

Needless to say that after a tough 6 months, the truck driver changed significantly in appearance and also in confidence. He has now quit his previous job and now lecturing and sharing his experiences.
This is merely a synopsis- I would highly recommend you all watch the documentary and also check out Joe’s website.
I would also highly recommend juicing too- even once a day in the morning. It sets you for the day and even my mum after juicing for a month, she has seen results when getting her blood pressure checked!
Happy juicing!